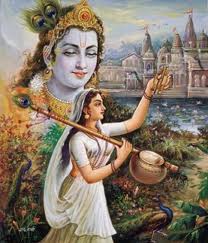 
Rajanikanta Rao started his schooling in Pithapuram, East Godavari District, Andhra Pradesh. He went on to complete his Intermediate at P.R. College, Kakinada. He later completed his BA (Hons) from Andhra University in the year 1940, with Telugu and Sanskrit as main subjects. Dr C.R. Reddy, former VC of Andhra University sang along with Rajanikanta Rao during college days.


Rajanikanta Rao began his career as a programme executive in AIR-Madras in the year 1941. He was responsible for writing and composing the first Telugu song ever broadcasted in independent India on the midnight of August 15, 1947, following the speech of Jawaharlal Nehru, "Our tryst with destiny". The song "Maadi Swatantra desam" was sung by T. Suryakumari. As the programme executive in AIR-Vijayawada he was the originator of 'Bhakti Ranjani'; a devotional programme.
Rajanikanta Rao became the station director of AIR-Ahmadabad, AIR-Vijayawada and later he retired as the station director of Bangalore (1976–78) - completing 36 years in the broadcasting field. He wrote and composed a musical feature, "Kondanunchi Kadali daka", depicting river Godavari with the various cultures that flourished on its banks. This won him international Japanese Award; Nippon Hoso Kyokai in 1972 as a station director, AIR-Vijayawada.[citation needed] He initiated and designed an interactive radio programme, called "Dharmasandehalu" hosted by Mr.Ushasri. He was the first director to broadcast an Annamacharya kirtana everyday before 7.00 clock news bulletin. He was made the Producer Emeritus of Akashavani in 1982.
Since the age of 21 he has penned hundreds of lyrics, songs and ballets besides scoring music to several of his plays and melodiously bringing to life works of eminent poets. His contribution to light music, film music and Indian operas is prodigious. Under the pseudonyms Nalini and Taranath he has composed many tunes for popular movies[1] like Swargaseema, Gruhapravesam, etc. Kuchipudi ballets and Yakshaganas such as 'Sri Krishna Saranam Mama', 'Menaka Viswamitra', Vipranarayana', 'Chandidas' and 'Subhadraajuniyam' have won him accolades. 'Satapatra Sundari'; a collection of lyrics, 'Andhra Vaggeyakara Charitam'; his magnum opus, 'Jejimamayya Patalu'; a collection of songs for children and 'Viswayanam', a work of thematic music consisting of a conglomeration of slokas and lyrics depicting the creation of the Universe, are some of his works.
He composed and conducted music for Vadyabrinda (a national orchestra), AIR Delhi and Vadyabrinda, AIR Madras. His popular compositions included Andhri - an origin of the Raga Kalyani, Raga Desavarali, RagaDevasalagam, Viswayanam - the voyage of the universe, Sangeeta Gangotri - a musical composition on the evolution of Indian music, Kamadhahanam, etc.
'Andhra Vaggeyakara Charitam'is regarded his magnum opus ; it consists of biographies of lyricists and music composers along with a history and evolution of Andhra music, which won in 1961 the Central Sahitya Akademi Award, now going for third edition, with 37 additional chapters (700 pages).In the year 1980, Mr. Rajanikanta Rao was awarded an Honorary Doctorate by his alma mater Andhra University. From 1988 to 1990, he worked as a visiting professor of the Telugu University, Rajahmundry.He then joined the Tirumala Tirupati Devasthanams (TTD) as a special officer of the Sri Venkateswara Kalapeetham and worked there for 4 years. He has been presenting research papers on musicology in various conferences of Music Academy, Madras on subjects that include Kshetrayya's lyrics, Geeta Govinda, Ragas of Gandhara Grama, ancient scales of Indian music, etc. He shared his memoirs of rich socio-cultural experiences over a lifetime through 'Rajani Bhavatarangalu', a weekly column published in the Telugu newspaper Andhra Prabha.
Rajanikantarao made a name for himself with operas which have been choreographed by dancers like Vempati Chinna Satyam and Sobha Naidu some of which have been listed as follows:
1. Chandidas
2. Divya Jyoti (on Buddha)
3. Viswaveena (on Orpheus)
4. Megha Sandesam
5. Menaka Viswamitra
6. Kalyana Srinivasam
7. Sri Krishna Saranam Mama
8. Namostute Nari

1. Bale Pelli and Tarumaru
2. Swargaseema (songs and music) directed by B.N. Reddy (the popular song 'Oho pavurama' and 'Oho tapodhana sundara')
3. Perentalu (music) directed by T. Gopichand
4. Lakshmmama Katha
5. Gruhapraveesam - produced by Sarathi Pictures and directed by T. Gopichand
6. Manathi - directed by Y.V. Rao
7. Rajamakutam and Bangarupapa directed by B.N. Reddy
The numerous titles such as Naada Sudharnava, Pumbhaava Saraswati, Naveena Vaggeyakara conferred on him are reflections of his versatality.
1. From the mountain to the sea (A musical feature on river Godavari which obtained international award of Japan for broadcasting (Nippon Hose Kyokai in 1972 from AIR Vijayawada.
2. Megha Sandesham - Opera in Sanskrit written and set to music by himself and broadcast from AIR Bangalore. Won the national Akashvani Award for the best musical production in 1981.
3. Kalaprapoorna - An honourary doctorate conferred on him by his alma mater Andhra University in 1981.
4. Nadasudharnava - conferred on him by Dr Mangalampalli Balamurali Krishna in 1982.
5. Kala Ratna Award - conferred on him by the Andhra Pradesh government in 2007.
6. Central Sahitya Akademi Award in 1961
7. Telugu Basha Samiti Award
8. The Pratibha Moorti Lifetime Achievement award for 2000 was bestowed on him by US based Appajyotsula Vishnubhotla Foundation.
It is our proud privilege and a great boon fronm the Almighty
that we belong to the  Balantrapu family; of such legends like Sri Balantrapu Nalinki Kantha Rao garu and Sri Balantrapu Rajanikantha Rao garu - whose illustrous father was Sri Balantrapu Venkata Rao garu.  Sri Balantrapu Venkata Rao garu was one of the Janta Kavulu, known as Venkata-Parvathisa Kavulu. 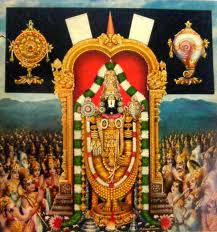